One of the things I love about fishing is that it is a continuous learning curve. I am always researching locations and how to fish those locations.  Techniques are always changing and evolving and even if you have been planning a trip to a location for over a year it might not all go to plan. There are so many factors that could make or break a trip.

I have been looking to do this barra yak trip for a long time. Looking at Google maps for hours trying to find good locations to camp and launch the Assassin GTs, so when I said I had a good spot to my brother Chris and mate Dean, they jumped on board. So the next weekend we loaded up the camper, put the yaks on the roof racks and set off. 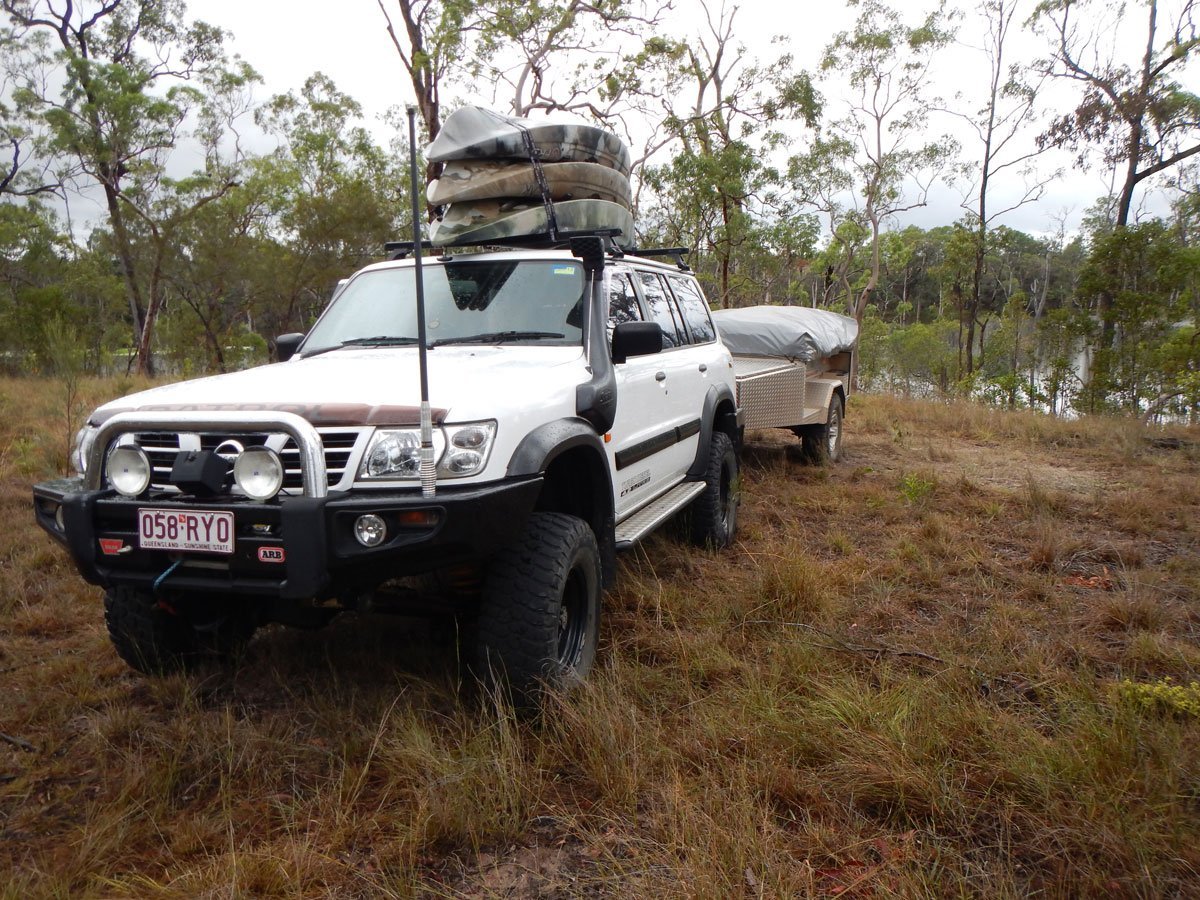 We started pulling into the clearing that I found on Google maps and it was perfect. It was just after dark so we quickly set up camp got the Assassins ready and hit the water straight away hoping to get a couple of after dark surface barra. We had no luck so we headed back to camp so we could get up nice and early for the twilight session in the morning.

We set off the next morning in search for our SEQ barra just after the sun was up. I was flicking soft plastic frogs and large surface lure around sunken timber and along lilly pads – anywhere I could think they would be hiding – when an almighty barra boof exploded on my lure but it didn’t find the hooks.

That was about as much action as we got. We thought we were about to have a really good days fishing, but the wind had other plans for us. It made fishing difficult but we managed to find lots of areas sheltered from the wind and I was telling my brother about some stuff I had been watching and reading about impoundment barra. When it’s windy, the wind pushes up bait and warmer surface water into the bay areas around the big dams. So when he saw a little bay in the river with the wind pumping straight into it with thick lilly pad growth, he paddled over and started casting his 4 inch zman swimmerz onto the lilly pads, then slow rolling it just off the pads and then slowly retrieving it out from the lilies when he good a couple of good hits but no hook ups.

I paddled over and with the wind at our backs, we were putting long casts into the lilies, when whack! I was on, and off it went towing my kayak around everywhere. To finally see the slab of silver come up beside the yak was such a good feeling. Then, while I was just landing my fish, Dean was onto a good fish – double hook ups! By now Chris was getting pretty anxious but it wasn’t long before he found himself connected to a really nice barra that started towing him around and started jumping. Then I came back at him, it jumped again and nearly landed in his kayak. 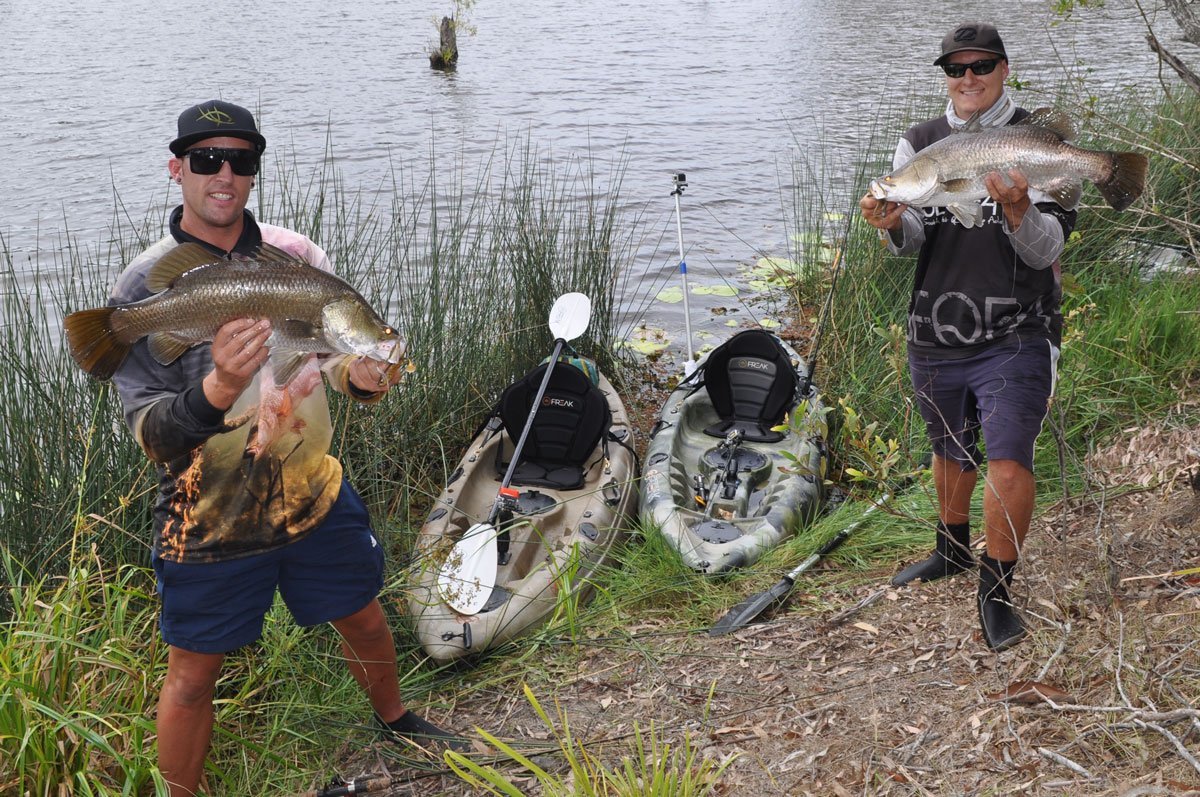 Now after reading that you would think it was a good session. Well, it was but the wind was really cold and the rain that came with it was even colder so there was a lot of casting between fish and it really started to slow down. We ended the day with Chris landing 6 fish, Dean got a couple and I only got the one. The next morning we woke up to rain, dragged ourselves out of bed and paddled back to the spot where Chris landed a couple more fish and Dean got one of the biggest surface hits I had ever seen. His rod bent over then went slack. He dropped it. Then as he started retrieving his lure to cast again a smaller barra came up and nailed it this time the hooks stayed in and he added another one to his count. 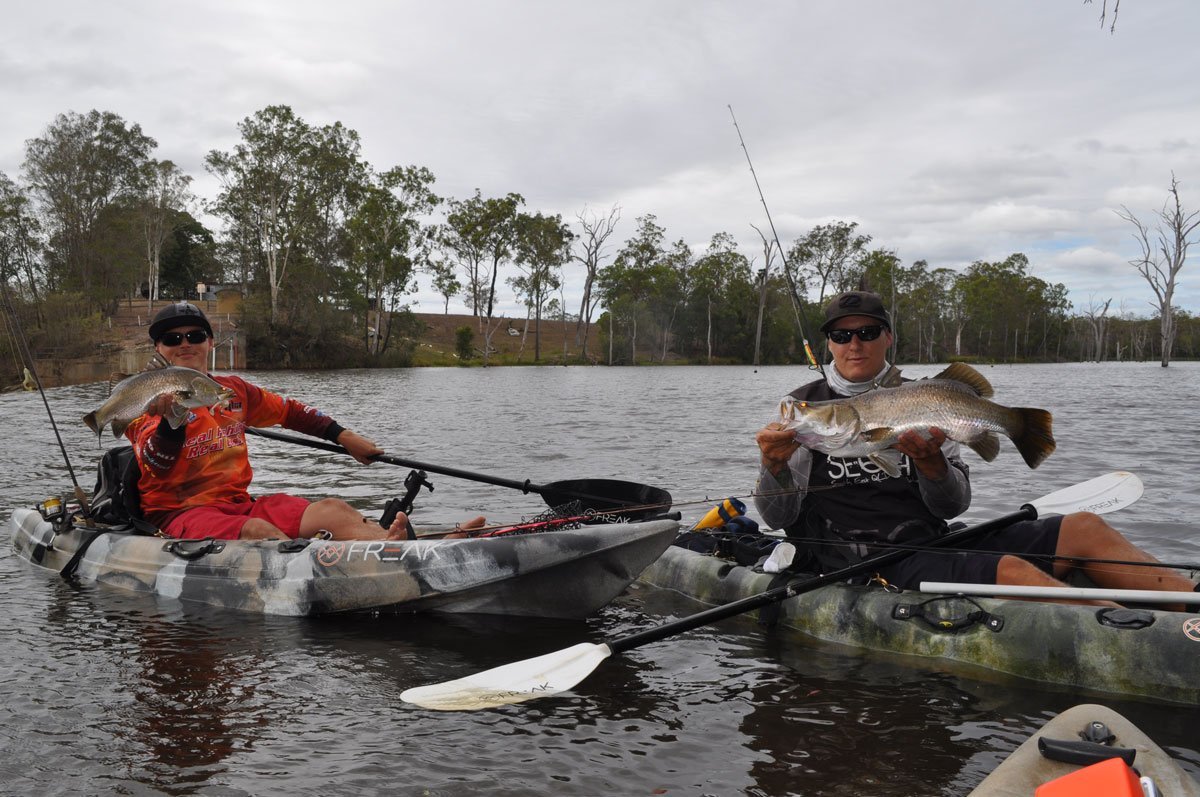 We continued to fish for a few more hours but the crappy weather conditions had the fish shut down and us wanting warm dry clothes so we called it for the weekend headed back to camp to pack up and head home. It all ended up being a good trip but it goes to show how even if you have been planning for months it might not all work out to those plans but that’s what I love. We learn some new things and it just adds to the knowledge you gain from every fish you catch and helps you become a better angler. 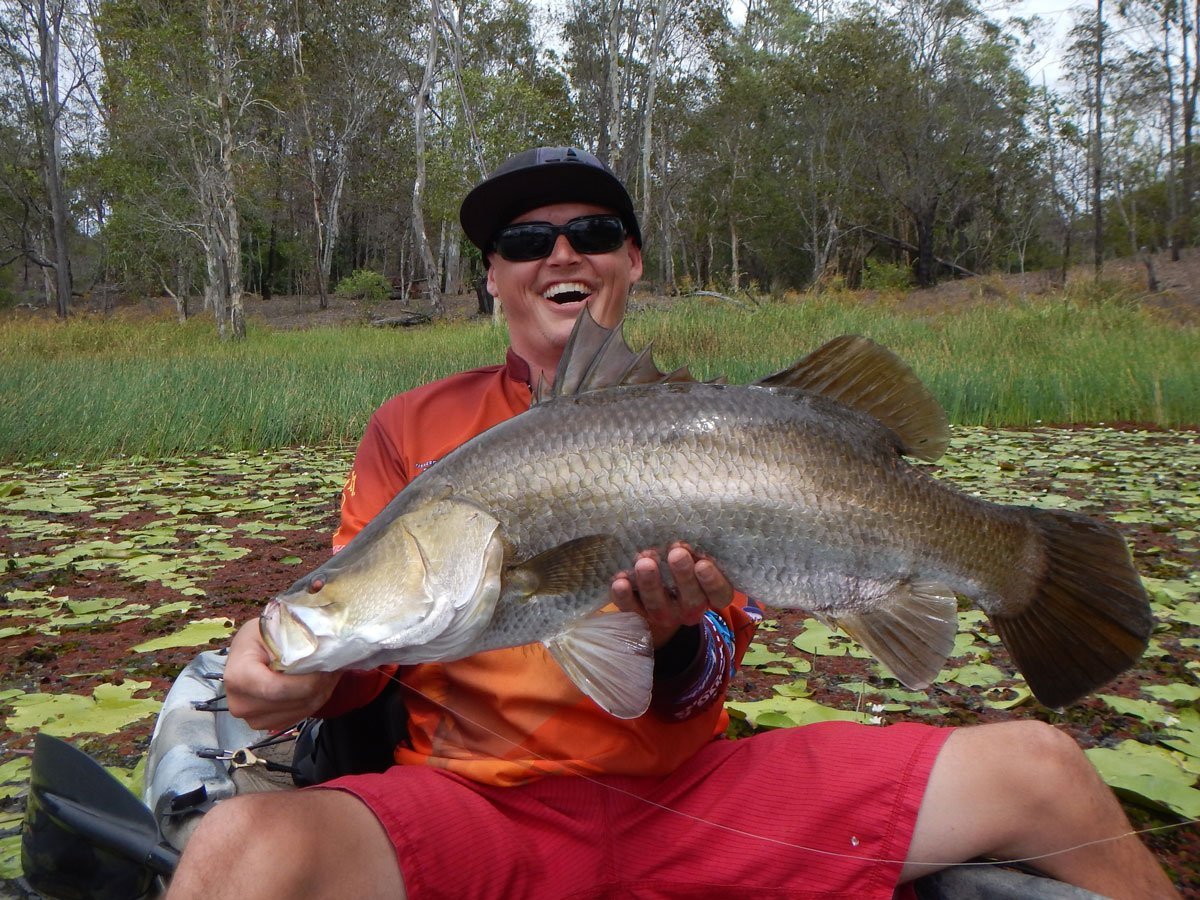 3 thoughts on “If you read one article about kayakers, read this one”