Saratoga’s are my absolute favourite fish. They are prehistoric surface hunting machines and I seriously have a love hate relationship with them.

The heart pounding experience you get when you see one cruising along near a snag and you get a cast within 1.5 meters of it – they just smash your lure, then start launching out of the water over and over. It is one of the best things you could do as a fisho, but keeping those hooks in once it has smashed your lure is another thing so here is some tips and techniques I have found to be “more successful” over the years targeting these awesome fish.

I suppose I will tell you a little bit about the history I have with these fish first. I was privileged enough to work a 30-minute drive away from some really good natural southern toga fishing when I was mining.  After my night shifts, we would go for a couple hours to target some togas. You could easily spot 6 to 10 of them cruising around together and they would all compete for your lure or you would see one big one doing laps around his little area of the creek. 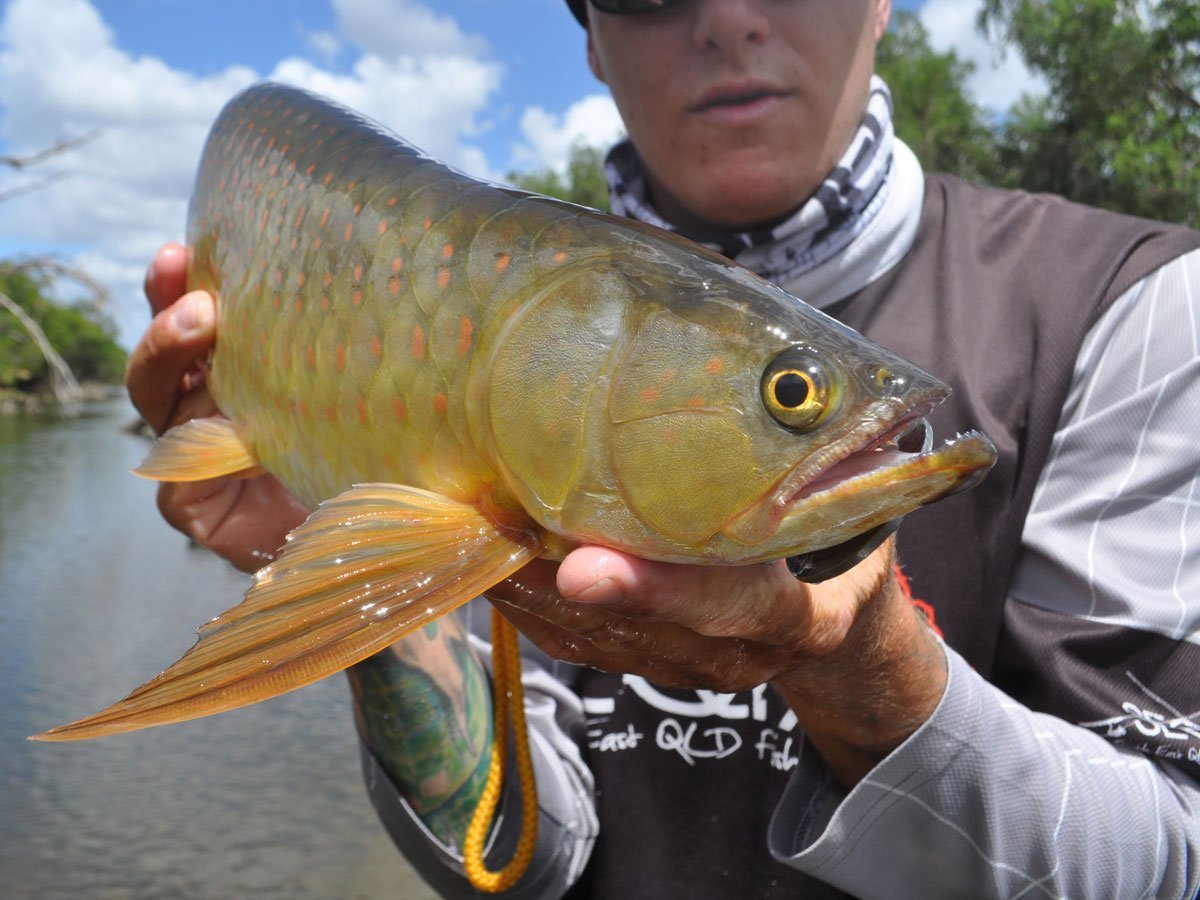 Once you know what you’re looking for you can spot them a lot better. They can be tricky, however, and if there is any wind it makes it really hard but the higher above the surface of the water you can be, the easier they are to spot. The best way I can explain it is that you will see a dark line slowly moving through the water – it can be very subtle sometimes depending on the water and other times they stand out really well.

Once you have spotted one don’t rush – watch which way it’s swimming so you can cast in front of its path but not too close. I find if you put the cast right on its nose you can spook them easily. Around 1m is a good distance. They don’t miss much – even behind them will work. Sometimes you can’t get a good cast in because of trees or branches, but as soon as your lure hits the water they turn on themselves and come back and smash your lure.

Now depending on which lure you’re using, you’ll need to do slightly different things for surface lures such as poppers and bugs. I find a lot of the time just the lure landing near them is enough to get them to eat it. If you work the lure too much you can easily spook them, so watch what they do if they are going straight for it aggressively – let them take it but DO NOT strike as soon as you feel them hit. Waiting a second is probably the most important thing. 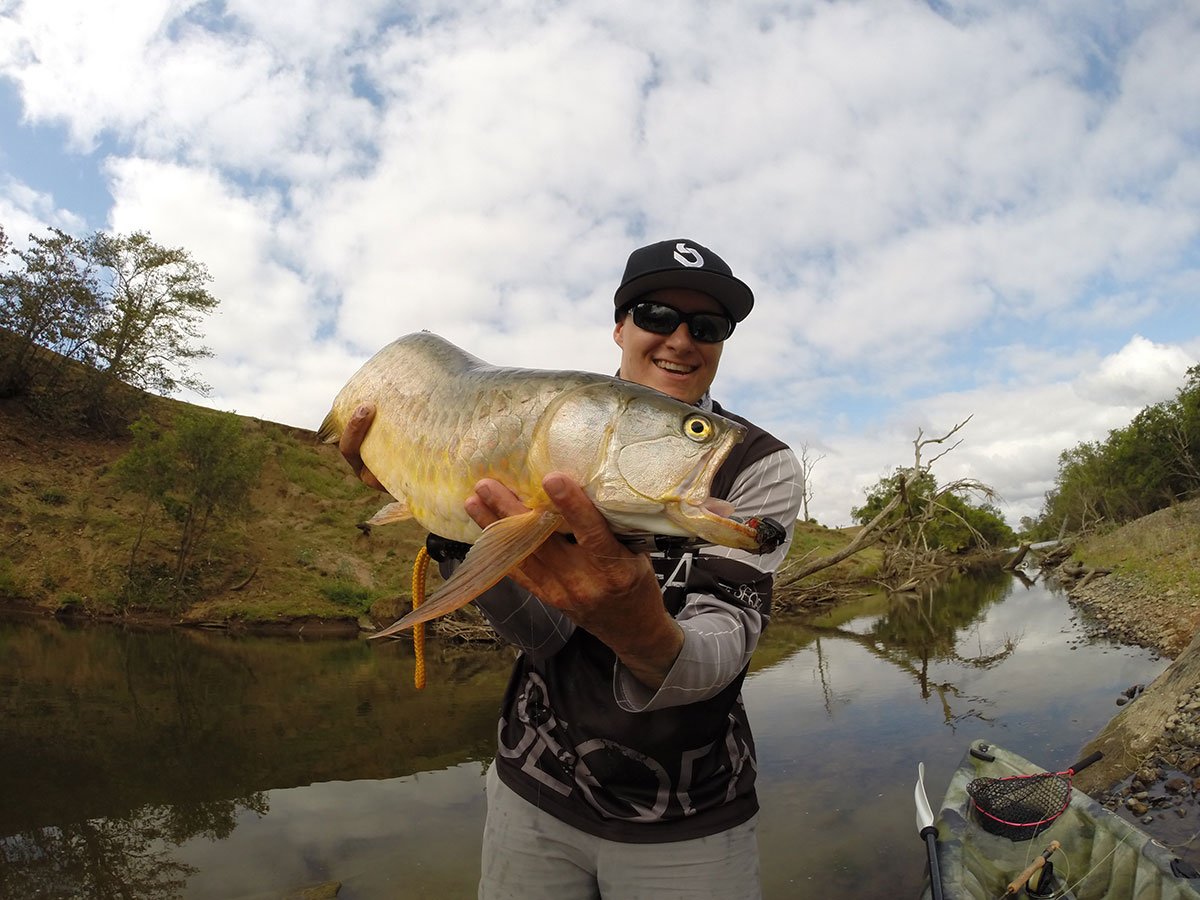 I have found with togas if you strike as soon as they take the lure, you will pull it out of their bony mouths and lose the fish. If they detect your lure hitting the water but can’t locate it just give it some subtle twitches – that usually gets them to eat. Other times you will watch them dart straight to your lure, their nose right up to it and just sit there waiting to decide whether the food is good enough or not, and a little twitch can be a bit of a trigger for a fish to decide they aren’t going to eat it. It can be very frustrating watching a good toga do that to you!

With regards to soft plastics in the fresh, you don’t need much weight so your sink rate isn’t very fast but it can be a little too fast for a toga cruising around looking for bugs, frogs, lizards. Anything that hits the water is food for them, so if I am fishing sub surface with soft plastics and I sight a toga, I put my cast in the zone get any slack out of my line and just twitch the lure really really lightly, just getting it to stay up in the water as long as possible. 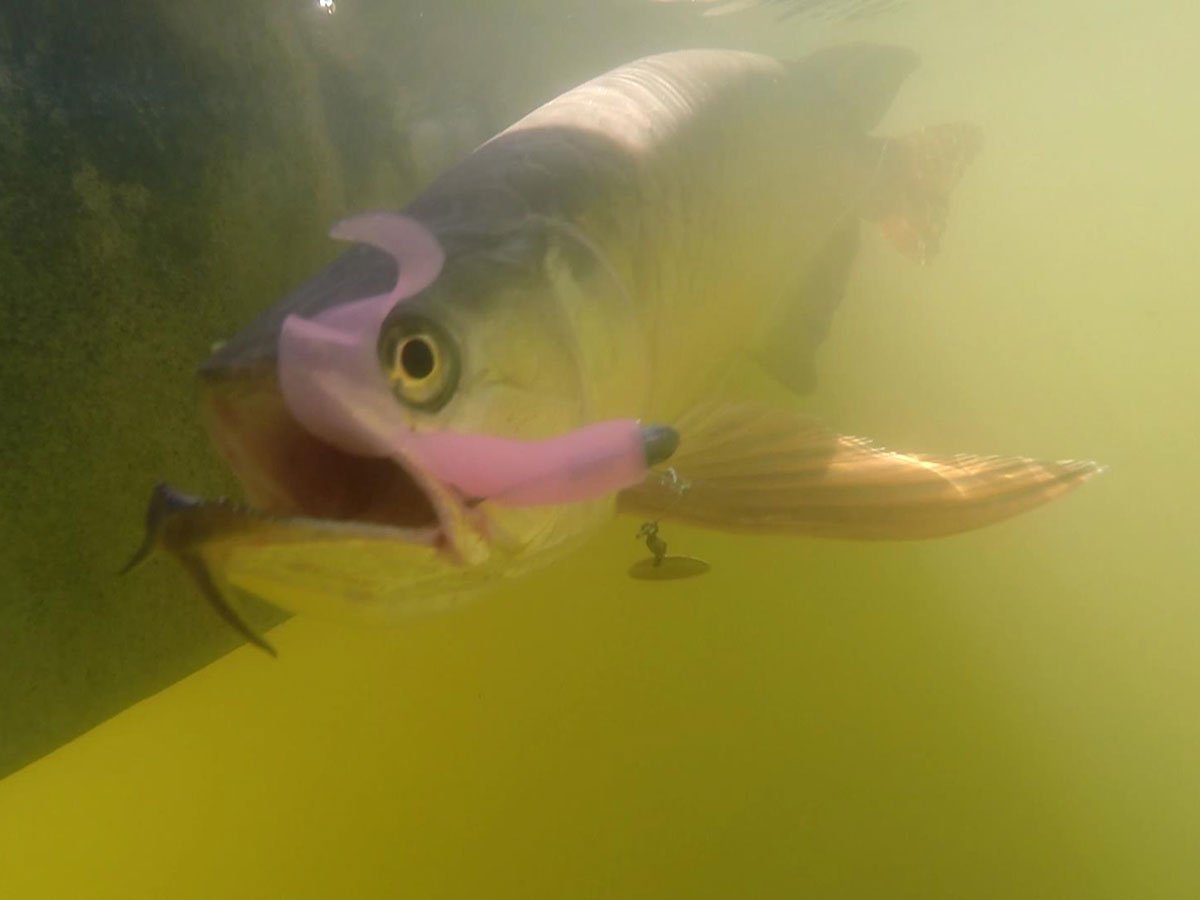 They love this presentation and with the soft plastic having the single hook either jig head or worm hook I find you get a much better hook up rate and they don’t throw the hooks in their crazy aerial shows they can put on as easily as they do with trebles. It doesn’t matter if you have a diving hard body, soft plastic or surface lure on if you sight one you’re going to cast whatever is on your line at the time so trying to keep that technique the same is the key to hooking these awesome fish. Just remember you don’t always have to sight them to catch them. Many fish I have caught have been from fishing snags subsurface.

I hope this will help put you onto some of these awesome fish.

2 thoughts on “How to track Toga’s on a kayak!”