I got the call from Brian Dare, owner of Glenloyn Dam tourist park a few weeks in advance asking if I was interested in coming along to a Murray Cod tagging weekend in the border rivers that surround the dam. With only 15 invites to this, I knew there would be some pretty awesome people who were going along…. a quick call to fellow team member Keegan and we were booked in.

We took the dates off work and we headed out on Friday, where we were met with some fairly ordinary weather. We had driven over a certain water way multiple times heading to and from the dam and the decision was made to go setup camp and come back.

Unfortunately, it was a pretty solid donut session in some really nice water.

Back at camp we headed up to meet the rest of the fishos attending, have a feed and learn what we had to for the next day.

The next day we were given our stretch of river we had to fish and set off.  Arriving at our designated stretch, I couldn’t help putting in a few casts with my new Lucky Craft Sammy Bug in a set of snags right at the launch spot. First hit he blew it clean out of the water but missing the hooks…. one cast later he smashed it again and found hooks. 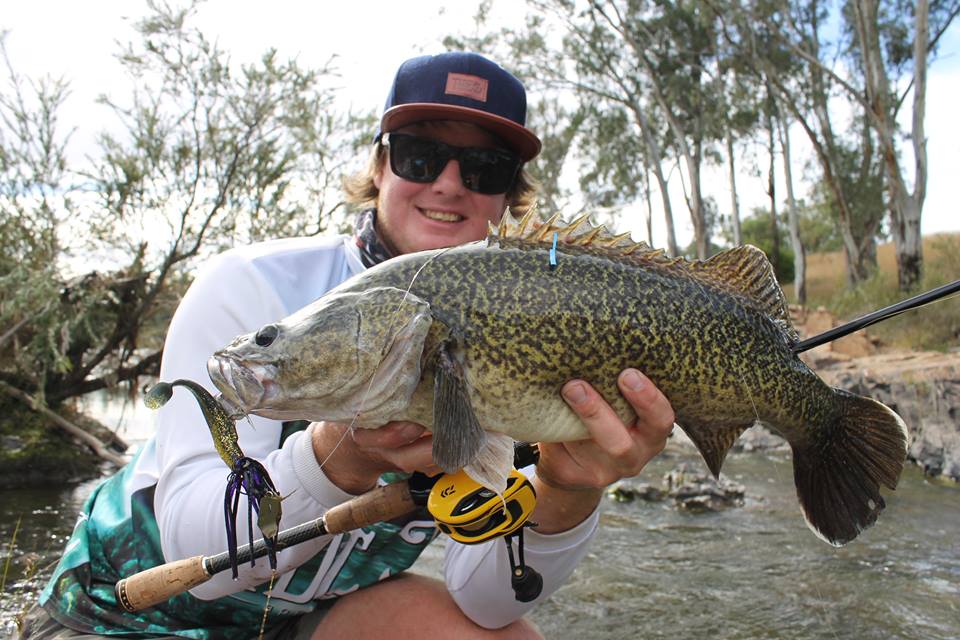 With a nice sized cod in the net, we quickly set up our gear, a tag in behind the first dorsal spike, a quick measurement, a tail fin clipping for research later on and the GPS coordinates for the location he came from.

Next on the board was Keegs with a nice cod. All within the first part of our designated hole. As the day went on I managed another 5 smaller cod all tagged and fin clipped. 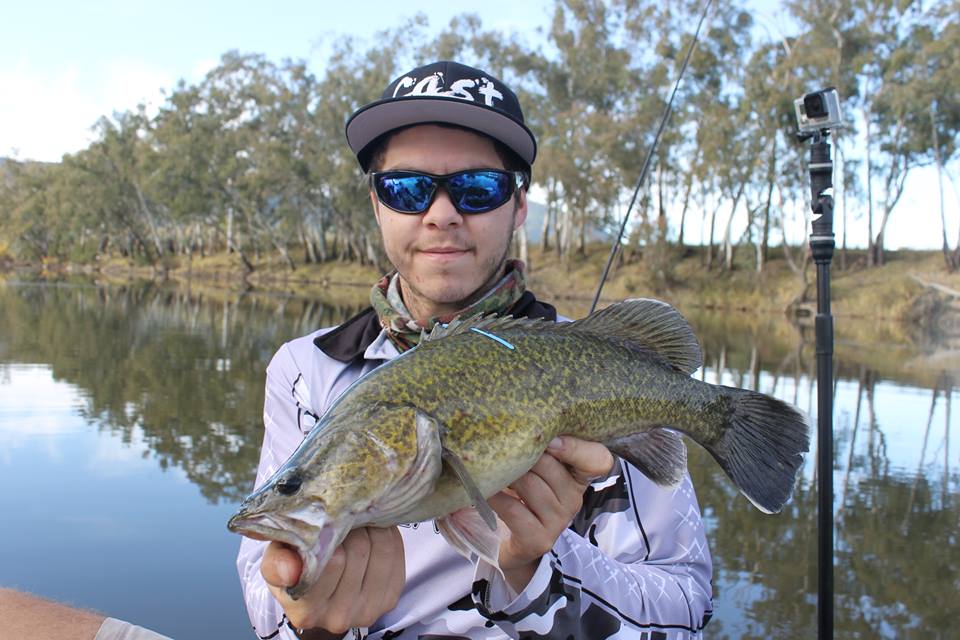 Returning back at camp, we met up with everyone else and it seemed they too had a fairly ordinary day with the max number of 5 fish landed from other groups. Although one group managing 2 nice fish at 97 cm and 109 cm. After another awesome dinner (and dessert :D ) put on by Debbie and Brian and our stretches of the river once again drawn out for the following day, we had an early night and went back to camp. 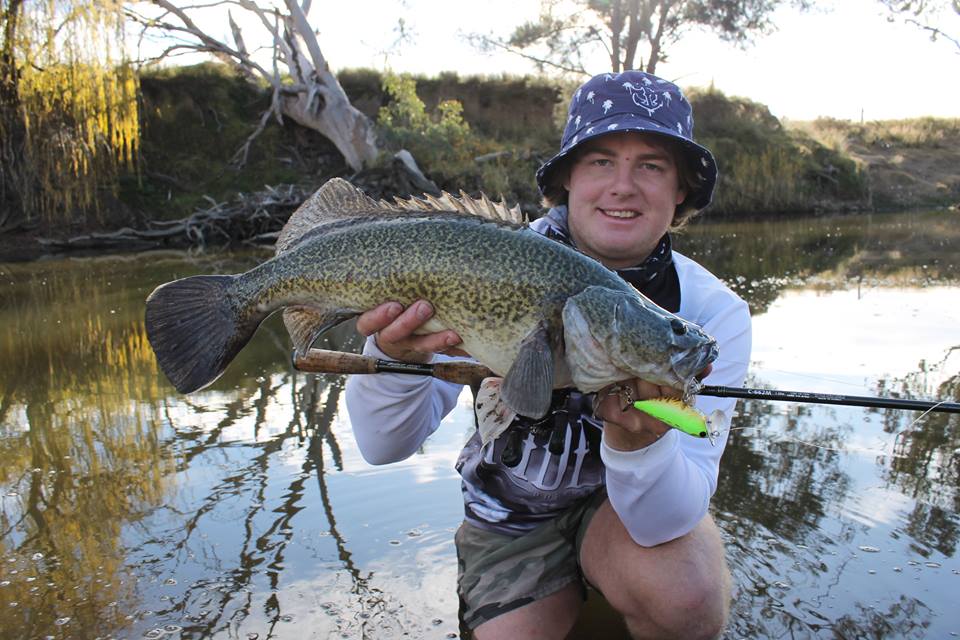 Not all was bad with Keegs landing his first yellowbelly … then went on to land another really nice river yella and me managing to snag another 4 cod. One came from an awesome overhang and eating my Zman Chatterbait in clear view in some fast water. 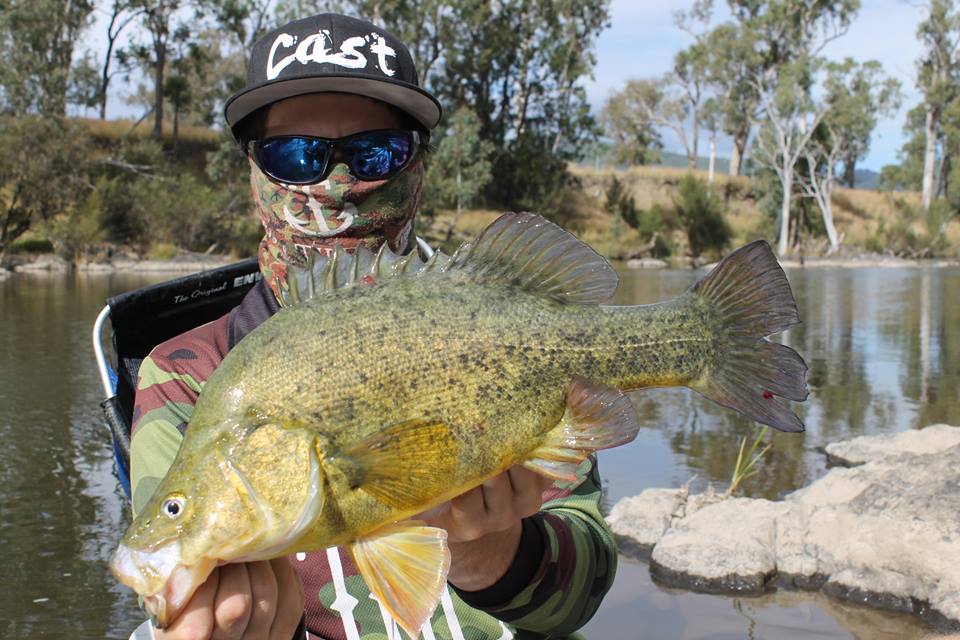 Unfortunately, with the weather taking a turn for the worse with a decent amount of wind and rain forecast, we decided to pack up camp early and head back to Brisbane a day early. It was an awesome weekend and I’d like to say a massive thank you to the fishery boys who organised the weekend and pretty much paid for the entire thing from their own back pockets. A big thank you also goes out to Brian and Debbie dare of Glenloyn Dam Tourist Park for inviting us! We can’t wait for the next trip!