I have been kayak fishing since before it was a craze and before kayaks were readily available. It’s been amazing watching the industry grow at a phenomenal rate.

Gone are the days where you would have to import a kayak from the United States. Inland and off shore kayak fishing is becoming hugely popular amongst most Australian anglers, mainly due to their low maintenance and their ability to be launched almost anywhere.

I have watched as it evolved through social media, pro tournaments and magazines. I have found being a fishing guide and doing kayak based fishing tours in most major rivers and impoundments a rewarding career. It teaches you not only to be patient with others but also with yourself.

It creates new friendships as well as opening new doors leading to opportunities within an industry full of great people. Now with kayaking clubs and groups popping up everywhere you will find likeminded people looking to be part of this social fishing scene, and striving towards the comradery that kayaking and kayak fishing can deliver.
I have been part of some great projects from tagging Murray Cod for fisheries to product development of kayaks, lures, and fishing rods. Something I would have never experienced if I hadn’t followed my dreams and passion for kayak angling. 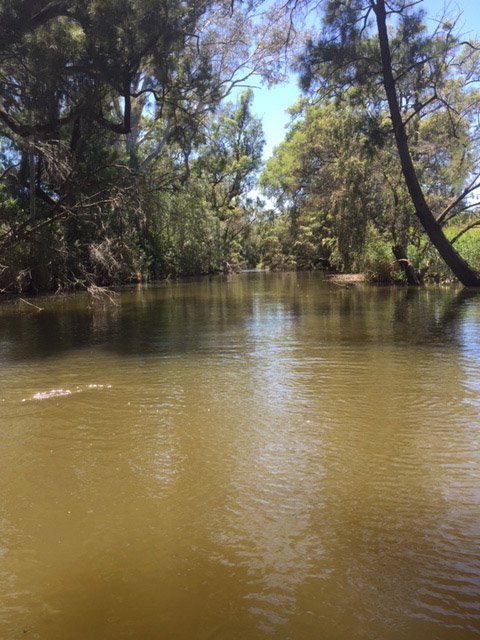 My other passion of kayak fishing is sharing my experience through the magazines that I write for and my various social media outlets. It is always humbling when someone contacts me and thanks me for improving their fishing either through an article or a tutorial I have done.

When I first started in the industry I lacked confidence in public speaking and I was nervous with large crowds. But I received a baptism of fire early on when I was put on the spot to give a talk at a major fishing show. I won’t lie – I was terrible. Through all the ums and ahs there was great information, but the delivery was very ordinary. Since then I set a goal of growing my confidence in the subjects I was well educated in, and I have come forward in leaps and bounds.

I am now quiet comfortable in giving talks to crowds in the thousands, something I never thought I would be able to achieve. I have grown a fondness for all native fish over the years, no more so then Murray cod. My fascination with them has led me to be somewhat of an ambassador for their species. I have always practiced and endorsed catch and release fishing, and I am amazed that most of our fresh water anglers have jumped aboard to ensure fish for the future.

Gone are the days when set lining was a socially acceptable form of fishing. People respecting their catch, taking a photo, and carefully returning it to the water is the majority and no longer the minority. For me there is nothing more relaxing then paddling down a river, the air full with the sounds of native wildlife, the sun shining, nobody else but me. The stress of the world just falls away; even the odd bad cast can’t ruin the moment. Kayak fishing – the best form of therapy.